Since all three laws provide minimum requirements, an employer in San Francisco or Oakland must comply with a combined standard – in a given context, the employer must apply the law that provides the greater benefit.  The good news is that the Oakland and San Francisco laws are nearly identical, and for the most part provide greater benefits than the California law.  An employer who is already compliant with San Francisco’s or Oakland’s sick leave law should have little trouble complying with California’s.

This article provides a few rules of thumb for compliance with the combined standards, based on a reading of the statutes and supplemental materials from the California Department of Industrial Relations, the Office of the City Attorney for the City of Oakland, and the City and County of San Francisco Office of Labor Standards Enforcement.

Define “employee” broadly.  Both the San Francisco and Oakland laws define employees as anyone working within the geographic boundaries of the respective cities, including part-time and temporary workers. Neither the San Francisco nor the Oakland law provides the exceptions set forth in the California law, so employers should not make use of them.

Scrutinize (and possibly revise) your paid time off policy.  All three laws provide that employers who already provide sufficient PTO do not have to provide additional sick leave.  In order to be sufficient, PTO must be provided on a basis that satisfies the combined requirements of the California law and either the Oakland or San Francisco law.

Provide employees with at least one hour of sick leave per 30 hours worked.  All three laws require the one-to-thirty accrual rate.  While the California law allows alternate methods of satisfying accrual requirements, neither the San Francisco law nor the Oakland law does.

For non-exempt employees, count actual hours worked, including overtime.   While none of the laws addresses whether overtime counts towards accrual, the “one hour per thirty” rule does not distinguish regular time from overtime.  Oakland’s and San Francisco’s FAQs both state that overtime hours count towards accrual.

For exempt employees, count 40 hours per week towards accrual.  If an employee regularly works less than forty hours per week, use the actual number of hours in a normal workweek.  The California law sets forth the standard.  While neither the Oakland nor the San Francisco law addresses the question, both cities’ FAQs provide the same standard as California’s.

Businesses with fewer than 10 employees may cap accrued sick time at 48 hours per year.  While both the San Francisco and Oakland laws provide that small businesses may cap accrued time at 40 hours, the California law provides a higher cap of 48 hours for all employers.  Both San Francisco and Oakland define a small business as an employer of fewer than ten persons (including part-time and temporary workers) during a given week.

All businesses with 10 or more employees may cap accrued sick time at 72 hours per year.  Both the San Francisco and Oakland laws provide 72-hour caps.

Understand that caps apply to accrual, not use.  Put another way, neither Oakland nor San Francisco provides a use cap.  Both Oakland’s and San Francisco’s FAQs state that a cap is the maximum number of hours an employee may have available for use at any given time, not the maximum number of hours the employee may use during a year (which may be more).  To paraphrase an example given in the San Francisco FAQ: Jane works for a small business, and accrues her maximum of 48 hours of sick time by July.  In August, she uses all 48 hours; when she returns to work, she begins to accrue again.  By November, Jane has accrued another 16 hours, which she uses in December.  So while the cap for accrual is 48 hours, Jane uses 64 hours in one year.

Allow unused sick leave to carry over into the next year of employment.  All three laws provide for carryover.  Do not apply the carryover exception for “front loaded” sick leave under the California law; doing so would risk violation in Oakland and San Francisco.

Be careful about “front-loading” sick leave.  The California law allows employers to avoid accrual by providing 24 hours or three days of sick leave at the beginning of a year.  However, neither city’s law has such a provision.  More importantly, both cities’ laws have higher accrual caps, and no use caps. Both FAQs state that front-loading 72 hours would not necessarily meet requirements.  To paraphrase another example from the San Francisco FAQ:  Danielle accrues 72 hours in year 1, and uses all of those hours in January of year 2.  She accrues another 48 hours by October, and uses them in November.  So Danielle uses 120 hours of sick leave in year 2 – a lot more than would be available if her employer had front-loaded 72 hours.

Employers should be able to front-load sick leave where they can determine how many hours an employee will work during the year.  While neither the San Francisco nor the Oakland law provides a use cap, an employee’s sick leave entitlement is necessarily limited by the number of hours she works.  Where the number of hours worked during a year is predictable, an employer should be able to front-load the maximum number of accruable hours (ignoring the caps).  For example, an exempt employee who works at least 40 hours per week and takes no vacation could accrue at most 69.33 hours of sick leave (52 x 40 = 2080; 2080 ÷ 30 = 69.33) during a given year.  Employers in San Francisco and Oakland should be in compliance if they (1) front-load 70 hours of sick time for their exempt employees, and (2) allow for carryover.

Pay non-exempt piece-rate or commission-earning employees according to average earnings per hour.  Under the California law, the rate is an employee’s total wages (not including overtime premiums) from the previous 90 days divided by total hours worked.  Neither the Oakland nor the San Francisco law addresses this question, but San Francisco’s FAQ provides that the rate is the employee’s total wages for the previous year divided by total hours worked. Employers in San Francisco should make both calculations, and provide the higher rate.

Pay exempt employees the higher of (1) their rate for other forms of paid leave; or (2) their weekly salary divided by 40 hours.  The California law provides that exempt employees’ sick leave should be paid at the same rate as other forms of leave.  Oakland’s and San Francisco’s FAQs state that the rate should be calculated as follows: (a) determine the weekly salary by dividing the annual salary by 52; (b) divide the weekly salary by 40.  If the employee works fewer than 40 hours per week, divide by that number.

Reinstate accrued sick leave if an employee is rehired within one year.  The California law so provides.

Allow employees to take sick leave to take care of themselves, either for medical reasons or in order to address issues related to domestic violence, stalking, or sexual assault.  The California law provides that employees may use sick leave for all of these purposes.

Allow employees to take sick leave to care for family members or a designated person.  Under all three laws, “family” includes step-relations, adoptive relations, foster care relations, children of domestic partners, and children of persons standing in loco parentis.  Under both the San Francisco and Oakland laws, employees without a spouse or domestic partner may designate an individual for whom they will take sick leave to care for.

Do not require employees to find a replacement worker to cover sick leave absences.  All three laws forbid this practice. 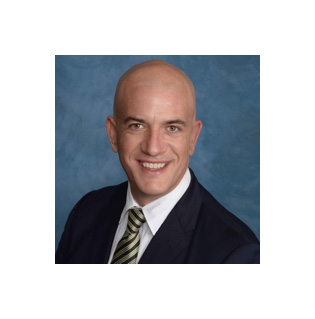 Todd Feldman is of counsel to the Law Offices of Julia Azrael where he handles wage and hour, discrimination, retaliation, whistle blowing, and wrongful termination cases. Todd has a keen interest in making the law easier to understand, and is currently working on a visual guide to the sick leave laws of the Bay Area.
This article was originally published in the September 2015 issue of the ACBA Labor and Employment Section Newsletter.
37.804364 -122.271114
Oakland, CA, USA